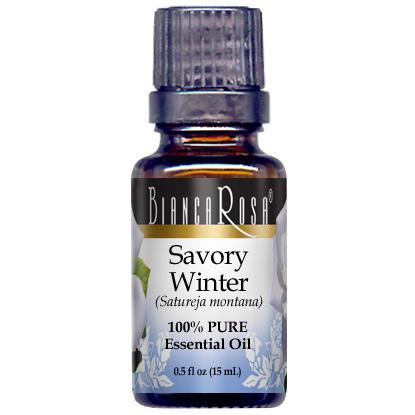 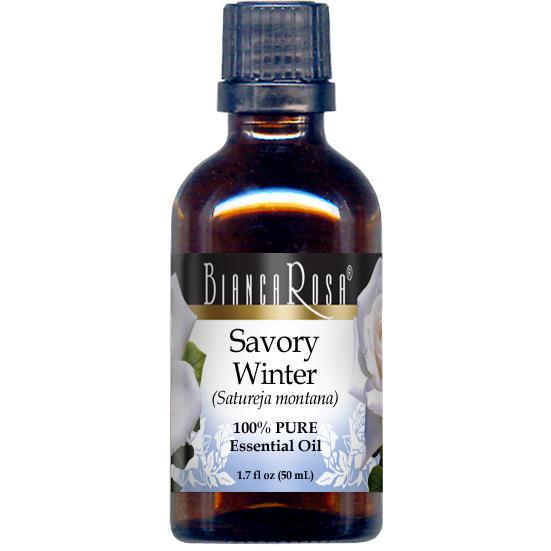 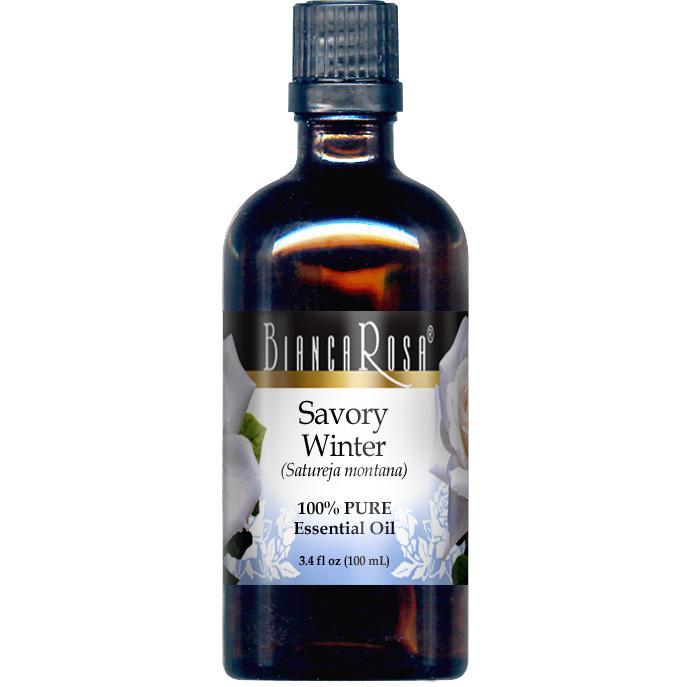 SAVORY (Satureia hortensis), an herb of the mint family with a peppery flavor, native to southern Europe, has been used since early antiquity as a salad green and for seasoning poultry. Steeped in wine, it was considered a potent stomach tonic and a support for complaints of the liver and the lungs. Powdered, it was used as a flea repellent.

The leaves of summer savory are highin vitamin A and contain niacin, iron,calcium, and potassium.

Savory tea is carminative, antispasmodic, and expectorant. The tea is gargled for a sore throat, used for diarrhea, indigestion, and as an aphrodisiac.

This genus has about thirty species, including both yerba buena and calamint. S. hortensis, summer savory and S. montana, winter savory are discussed here.

Summer savory is a hardy annual growing to 1 1/2 feet tall, native to the Mediterranean region. Its leaves are linear to lance-shaped, up to an inch long, entire, with the edges slightly rolled back underneath. The stems have a purple cast. The one-fourth inch long, light lavender to white flowers are borne on sparse whorls.

Winter savory, also a Mediterranean native, is a fairly hardy perennial growing from six to twelve inches tall. The leaves are similar to summer savory, though they are shinier and thicker. The white or pink flowers are shorter than summer savory's.

Summer savory is easily grown from seeds sown directly in the garden in spring as soon as the ground can be worked. It seif-sows freely. Seeds germinate in a week or so. Winter savory can be started from seeds sown six to eight weeks before the last spring frost but is best propagated from cuttings or layering.

Summer savory likes a moderately rich, sandy soil with a good supply of moisture for the seedlings and full sun. Soil pH should be around 6.5 to 7.5. Winter savory prefers alight, chalky soil with good drainage. It makes a nice low border. An acre may produce as much as three tons of summer savory.

Harvest the flowers as they begin blooming. Winter savory has a woody stem which needs to be removed from the dried leaf. Summer savory should be dried quickly with adequate circulation.

Savory - Two forms of savory are used in cooking and in medicine; one is the annual Summer Savory (Satureja hortensis) and the other, perennial Winter Savory (S. montana).

Nature of Plants: Summer Savory is grown for culinary seasoning, grows to 18 inches, rather weak woody stems inclined to fall over when mature and easily beaten down by rain, a mass of plants in flower looks to be covered with pinkish snow;

Winter Savory is a sub-shrub about 15 inches high, stems so weak that they fall over and make the plant suitable for edgings to cover artificial boundaries, self-sows and spreads so that a few plants may be the beginning of a long stretch of edging, leaves are stiff and do not blend so well in food as Summer Savory; flowers, like those of Summer Savory, are tiny and give the appearance of a plant covered with a light fall of snow, lilac in color, good for rock gardens.

Winter - Leaf: (Culinary) Though not as delicate as Summer Savory, can be used in bouquet garni.

Description: Winter savoury is a small, perennial shrublet of up to 0.3 m in height, with small, dark green leaves borne in opposite pairs and small white or pinkish flowers in oblong clusters along the branch ends. Summer savoury (Satureja hortensis, an annual plant), is a popular culinary herb also used to some extent in traditional medicine. It is rich in volatile oil with carvacrol (spasmolytic, carminative properties) as the main ingredient.

Uses and Properties: Winter savoury is mainly used to treat stomach disorders, including indigestion, flatulence and colic. It is also used as an antiseptic to treat infections of the respiratory and urinary tracts, as well as infections. The herb or the essential oil is used in much the same way as lavender, to treat wounds, burns and skin infections. In central Europe, summer savoury is used in much the same way as winter savoury or thyme. Mixed with honey, it is taken as a tea to treat cough and asthma. It is used as a cosmetic in soap and washing powder.

Preparation and Dosage: A tea may be prepared from 2 - 4 g of the dried herb in a cup of boiling water (taken two or three times per day). The essential oil or extracts of the plant are applied topically or added to bath water.

Active Ingredients: The essential oil is rich in in carvacrol (40-60%), accompanied by p-cymol (10-20%) and gamma-terpinene (15-20%), with smaller amounts of linalool and thymol. The level of essential oil in the commercial product should not be less than 0.7%. The herb contains rosmarinic acid and derivatives of hydroxycinnamic acid.

Pharmacological Effects: Carvacrol and the other monoterpenes are lipophilic and easily interact with biomembranes and membrane proteins. These properties plausibly explain the observed antispasmodic, diuretic and secretomotoric effects.

Both winter and summer savory possess similar medicinal properties (the former, however, being less effective). The herbs were mainly used for stomach and bowel complaints, intestinal disorders and flatulence. They were also used to help relieve tired eyes and insect stings. Infused as a tea, savory stimulated the appetite, eased indigestion, and served as a gargle for sore throats. The plant should not be taken during pregnancy.

A native of southern Europe and the Mediterranean, savory was valued by the Romans who classed it as a spice, and also introduced it into Britain. The plant was known to the Anglo-Saxons, and was listed by Aelfric. Its botanical name Satureja is thought to be derived from the Latin for satyr, a term referring to the herb's aphrodisiacal reputation for encouraging indulgence. It was also used in perfumes, and as a strewing herb.

Bianca Rosa Essential Oils Are Not Tested On Animals.

These statements have not been evaluated by the Food and Drug Administration (FDA). Products are intended to support general well being and are not intended to treat, diagnose, prevent, or cure any condition or disease.